To address the complex issues that larger and highly integrated networks face in the design, analysis, deployment and management phases, recent advances in data science and engineering technologies in both academia and industry have spurred the adoption of various Artificial Intelligence (AI)/Machine Learning (ML) platforms and frameworks in telecommunication network infrastructures. In this tutorial, we aim to provide a comprehensive and thorough overview of the recent advances in data engineering frameworks and link the capabilities of the data engineering ecosystem with a possible connection to future telecommunication systems in the context of network management and orchestration.

Some special features of this tutorial are: 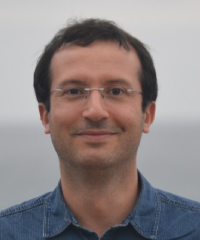 Bio: Engin Zeydan received the PhD degree in February 2011 from the Department of Electrical and Computer Engineering at Stevens Institute of Technology, Hoboken, NJ, USA. Previously, he received his M.S. and B.S. degrees from the Department of Electrical and Electronics Engineering at Middle East Technical University, Ankara, Turkey, in 2006 and 2004, respectively.

Since November 2018, he has been with the Communication Networks Division of the Centre Tecnològic de Telecomunicacions de Catalunya (CTTC) working as a Senior Researcher. His research areas include applications of data engineering/science for telecommunication networks and flexible mobile networks. He has been involved in many European and national level projects in collaborations with various industries and universities across Europe and Turkey. Some of these are H2020 projects MonB5G (as project coordinator), 5Growth and Clear5G, FP7 projects MOTO and CROWD, Eureka Celtic-Plus projects MEVICO, SIGMONA, PULPA and SHARING and ITEA project PAPUD. 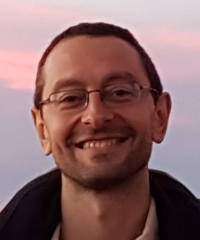 Bio: Josep Mangues-Bafalluy received the PhD degree in Telecommunications in 2003 from the Technical University of Catalonia (UPC). He is Senior Researcher and Head of the Communication Networks (COMNET) Division of the Centre Tecnològic de Telecomunicacions de Catalunya (CTTC), which is currently composed of 28 people working on optical networks and systems and mobile networks. Prior to that, he coordinated the activities of the IP Technologies Area of the CTTC since June 2003.

Network operators face a significant problem when it comes to dynamically accommodating and reacting to customer expectations due to, among other reasons, the exponential growth in network scale and an extreme set of requirements in network services, such as ultra-low latency, highly reliable communication, and improved user experience. In fact, as managed networks become more complex, network operation and maintenance become more difficult and costly to carry out.

By building Network Digital Twins (NDTs), network operators can create network optimization strategies, carry out what-if analyses, troubleshoot problems, and plan network upgrades. The operations can be executed in real-time without endangering the physical network because interacting with the NDT does not require access to the real network, only its data.

In this tutorial we envision Next-Generation Wireless Local Area Networks (WLANs), where a highly degree of automation is enabled by techniques such as SDN, NFV and ML. In such context, we will build an NDT using the latest advances in ML to predict WLANs performance when different configurations of channel bonding are enforced.

The tutorial will address the following topics:

This tutorial is mainly intended for researchers interested in the intersection between novel AI/ML techniques and wireless network management, optimization, and planning. A brief introduction to Machine Learning and Wireless Networks will be given in this tutorial, but some background in the topic would be advantageous. 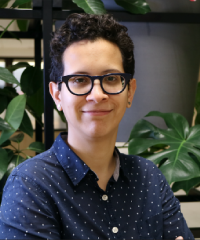 Bio: Paola Soto is a Ph.D. researcher at the University of Antwerp-imec. She received her B.Sc. in Electronics and her M.Sc. in Telecommunications Engineering from the University of Antioquia, Colombia, in 2014 and 2018, respectively. Her current research is focused on developing network management strategies using artificial intelligence and machine learning.

Paola led the ATARI team, a UAntwerpen (Belgium) and UdeA (Colombia) initiative, during the 2020 edition of the ITU AI/ML in 5G Challenge, where they won the second place within their problem statement (Improving the capacity of IEEE 802.11 WLANs through Machine Learning) and were recognized as one of the most innovative teams in the whole competition. Paola has been involved in national and international projects funded by Belgian and European funding bodies and collaborated with researchers across Europe and Latin America. 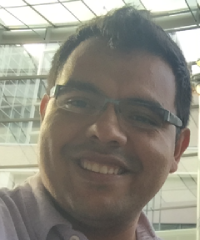 Bio: Miguel Camelo received a master’s degree in systems and computer engineering (University of Los Andes, Colombia, 2010) and a Ph.D. degree in computer engineering (University of Girona, Spain, 2014). He has (co)authored several papers in international conferences/journals and has been involved in several Spanish, Belgian, and European research projects.

He was part of the SCATTER team, a multi-disciplinary research team that participated in the DARPA SC2 competition. He has also participated in the 2020 and 2021 editions of the ITU AI/ML in 5G Challenge with recognized performance. He is a Senior Researcher at the University of Antwerp-imec, Belgium, where he leads the research track on applied artificial intelligence in networking.