Digital transformation in industry is accelerating at a rapid pace with adoption of trustworthy disruptive technologies such as Industrial internet of things (IIoT), edge computing, artificial intelligence (AI), blockchain, and digital twins, just to mention a few of them. The objective of this Industrial Internet concept is to enable significant increases in performance, scalability and efficiency to drive transformational business outcomes.

So far, the research has focused on different use-cases for smart cyber-physical systems including smart transportation systems, smart manufacturing, and smart healthcare systems to enhance workflows and drive factory efficiencies while meeting the stringent performance requirements including network latency and jitter, throughput needs, reliability and availability.

However, enabling agile factory automation that interconnects end-to-end systems, hardware, software and networking capabilities to sense and control the physical world and to support application of metaverse-related capabilities are still challenging.

This Panel explores challenges related to the development and evolution of Industrial Internet of things and aims at addressing the following questions: 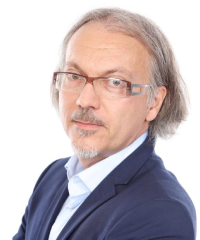 Bio: Andreas J. Kassler is currently Full Professor of Computer Science at Karlstads Universitet, Karlstad, Sweden, which he joined in 2005. From 2003 to 2004, Dr. Andreas J. Kassler was Assistant Professor at the School of Computer Engineering, Nanyang Technological University, Singapore. He is co-chairing the Distributed Systems and Communication group (DISCO) and maintains an active research program in the fields of networking and cloud computing with main research focus on Software Defined Networking, Future Internet, Datacenter Networking and, Quality of Service.

He is co-author of around 55 peer reviewed journal articles and book chapters, 195 peer reviewed conference and workshop publications, 7 European or international patents and 11 IETF and ISO standardization contributions. He is also co-editor of a book published in the LNCS book series of Springer. He is the area editor of the Elsevier Computer Networks Journal, served as a guest editor of a feature topic in EURASIP Wireless Communications and Networking Journal, and served as Associate Editor on the editorial boards of some refereed international journals, such as: Journal of Internet Engineering, International Journal On Advances in Networks and Services. 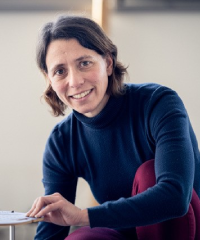 Bio: Nathalie Mitton received the MSc and PhD. degrees in Computer Science from INSA Lyon in 2003 and 2006 respectively. She received her Habilitation à diriger des recherches (HDR) in 2011 from Université Lille 1. She is currently an Inria full researcher since 2006 and from 2012, she is the scientific head of the Inria FUN team which designs protocols for wireless communications in constrained networks. Her research interests focus on self-organization from PHY to routing for wireless constrained dynamic and mobile networks. She has been nominated as one of the 10 women starts in computer Science in 2020 by the IEEE Communication Society.

Bio: Wolfgang John is a principal researcher at Ericsson Research in Stockholm. His current research focuses primarily on edge and distributed cloud computing systems and platform concepts for both telco and IT applications. Since joining Ericsson in 2011, he has also done research on network function virtualization, software-defined networking and network management. Wolfgang holds a Ph.D. in computer engineering from Chalmers University of Technology in Gothenburg, Sweden, and has coauthored more than 50 scientific papers and reports, as well as several patent families.

Bio: Steven Latré is leading the artificial intelligence research at imec, the R&D hub for nano-electronics and digital technologies. His main expertise focuses on combining sensor technologies and chip design with AI to provide end-to-end solutions in sectors such as health and smart industries. Next to this, he is also a part-time professor at the University of Antwerp.
He received a Master of Science degree in computer science from Ghent University, Belgium and a Ph.D. in Computer Science Engineering from the same university. Before joining imec, he was leading the IDLab research group at the University of Antwerp, a 100+ research group focusing on wireless networks and machine learning. He is author or co-author of more than 150 papers published in international journals or in the proceedings of international conferences. He is the recipient of the IEEE COMSOC award for best PhD in network and service management 2012, the IEEE COMSOC Young Professional award 2015 and is a recipient of the Laureate award of the Academy of Sciences, Belgium.