Real-time multiparty communications are at the core of several applications we use over the Internet. Multiplayer games, on-line meetings, and messaging applications are some well-known examples. These applications require high QoE to be successful and scale well to make them viable. Moreover, security is not an option in a multiparty group and must be supported natively.

In this talk we focus on the architecture and performance of this class of applications over the Internet and how Information-Centric Networking jointly with the most recent group-key agreement mechanisms can make these applications meet all such requirements in a strong sense. We also introduce how the usage of distributed-ledger technologies can make these applications largely independent of the usage of the Cloud and large Data centers to scale, resulting in a more secure, scalable, and viable Internet for a wide range of real-time multiparty applications. To achieve such goal, we show the importance of designing each communication function loosely coupled to all the others in favor of distribution as opposed to centralization. 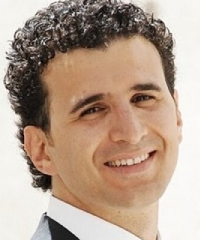 Bio: Luca Muscariello works at Cisco Systems in Emerging Technologies and Incubation where he leads engineering of internal ventures’ ideation and development to drive product innovation. He holds a Ph.D. in computer science from Politecnico di Torino and has done research at France Telecom R&D on statistical bandwidth sharing in wired and wireless networks, networks of caches performance optimization and analysis, P2P networking for live video and has contributed to future Internet architectures. He has worked on network optimizations and bufferbloat reduction for fiber access networks and home routers, namely using per-flow queuing and buffer sizing. He has done research in Information-Centric Networking and applications of it both at Orange and Cisco Systems. He currently leads an open-source project in the Linux Foundation on high-speed implementations of ICN network and transport protocols with applications to wireless networks, real-time collaboration technologies, multi-player mobile games and video distribution.

He has published more than 60 papers in network performance optimization and analysis and holds more than 20 patents in the field. He is a senior member of the ACM and IEEE.

Title: 5G and Edge Computing: Are We Done Yet?

Abstract: 5G promises very high speed and low latency network access, key requirements for not only mobile broadband, but also for a new class of low latency, high bandwidth applications. In addition, edge computing provides low latency access to a large elastic pool of diverse computing resources.  This suggests that we have everything we need to implement a wide range of applications in diverse domains such as infotainment, assisting drivers, and autonomous driving.  Our experience in porting some example applications to an edge computing environment show that it is not that easy.  There are many reasons for this.  First, wireless access networks have properties that are fundamentally different from those of a wired network infrastructure.  In addition, some of the applications are much more compute and network intensive than traditional data center applications and their resource requirements vary over time.  Finally, applications often have more stringent performance requirements.  In this talk, I will present our experience in porting some applications to an edge computing environment.  I will also identify specific challenges and talk about some initial ideas for addressing them. 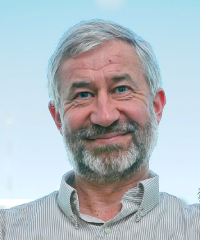 Peter Steenkiste’s research interests are in the areas of networking and distributed computing. While at CMU, Peter Steenkiste worked on Nectar, the first workstation clusters built around a high-performance, switch-based local area network. He contributed both to the optimization of the communication subsystem and to the development of programming tools for workstation clusters. The optimization of application-level communication performance over commodity networks was further explored in the Gigabit Nectar and Credit Net projects. All these projects developed prototype systems that were used by a wide range of application groups, allowing a realistic evaluation of the research.

Peter Steenkiste’s current research is in the areas of wireless networking and future Internet architecture. The wireless landscape has changed dramatically in recent years. Not only have we seen a rapid growth in the use of wireless, but we are also seeing different types of deployments (e.g. unplanned and managed residential deployments in addition to traditional campus-style deployments) and more diversity in the technologies (e.g. Bluetooth, sensors, ..). Peter Steenkiste is involved in wireless projects in a number of areas, including self-management techniques for residential networks, emulation as a basis for evaluating wireless technologies, and the use of software radios as a platform for flexible, self-optimizing wireless protocols.   In the area of future Internet architecture, Peter Steenkiste heads the eXpressive Internet Architecture (XIA) project. The eXpressive Internet Architecture defines a single network that offers inherent support for communication between multiple communicating principals – including hosts, content, and services – while accommodating unknown future entities. XIA also offers intrinsic security in which the integrity and authenticity of communication is guaranteed. XIA is currently exploring a wide range of topics, including security, transport protocols, network diagnostics, services, management, etc.

Peter Steenkiste is a member of the ACM and a Fellow of the IEEE. He has been on many program committees and he was co-chair for the OPENSIG’99 workshop and the “Eight International Workshop on Quality of Service (IWQOS’00)”. He was also program chair for HPDC’2000 and general co-chair for ACM SIGCOMM’02. More recently, he was program co-chair for MobiCom 2008. He has been an associated editor for IEEE Transactions on Parallel and Distributed Systems (1998-1999), IEEE/ACM Transactions on Networking (2000-2003), and Cluster Computing (2000-2004), and the “Journal of Grid Computing”.

Title: The multiple roles that IPv6 addresses can play in today’s internet

Abstract: The Internet use IP addresses to identify and locate network interfaces of connected devices. IPv4 was introduced more than 40 years ago and specifies 32-bit addresses. As the Internet grew, available IPv4 addresses eventually became exhausted more than ten years ago. The IETF designed IPv6 with a much larger addressing space consisting of 128-bit addresses, pushing back the exhaustion problem much further in the future.
In this talk, we argue that this large addressing space allows reconsidering how IP addresses are used and enables improving, simplifying and scaling the Internet. By revisiting the IPv6 addressing paradigm, we demonstrate that it opens up several research opportunities that can be investigated today. Hosts can benefit from several IPv6 addresses to improve their privacy, defeat network scanning, improve the use of several mobile access network and their mobility as well as to increase the performance of multicore servers. Network operators can solve the multihoming problem more efficiently and without putting a burden on the BGP RIB, implement Function Chaining with Segment Routing, differentiate routing inside and outside a domain given particular network metrics and offer more fine-grained multicast services. 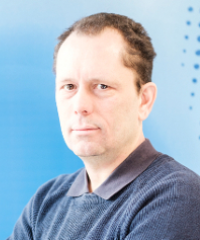 Bio: Olivier Bonaventure is professor at UCLouvain (Belgium) where he leads the IP Networking Lab <https://inl.info.ucl.ac.be>. Together with the Ph.D. students and postdocs of the lab, he has contributed to various networking protocols including BGP, LISP, Multipath TCP, IPv6 Segment Routing, and QUIC. He is active within the IETF and the lab has produced open-source implementations of important protocols including Multipath TCP, IPv6 Segment Routing, LISP, and more. He is the main author of the open-source Computer Networking: Principles, Protocols and Practice e-book <https://www.computer-networking.info>. He co-founded the Tessares company <https://www.tessares.net> that pioneers the deployment of Hybrid Access Networks.

The explosive deployments of cloud native core network of 5G, edge computing for IoT, telemetry and segment-routing enabled in WAN, software-defined networking in the bare metal and public cloud require the programmable, fast and efficient network data plane. The requirement brings challenges to the packet lookup and forwarding: customized forwarding tables, exponential growth of the number of rules, complicated matching and encapsulation/decapsulation actions, extremely high throughput and low latency. This talk will discuss the algorithms of routing lookup, packet classification and flow matching for efficient packet forwarding. In particular, the affecting factors on forwarding performance are investigated with prototype implementations and extensive experiments. This talk will share our experiences in improving the performance of 5G UPF, the distributed search engine and the distributed deep learning system, by leveraging the efficient programmable network data plane with hardware-software co-design implementation. 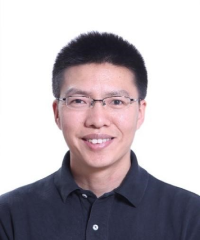 Bio: Gaogang Xie is a Professor in the Computer Network Information Center of the Chinese Academy of Sciences (CNIC CAS) and the School of Computer Science and Technology at the University of CAS. He is also the Executive Deputy Director General of CNIC CAS. He was a Professor and the Director of the Network Technology Research Center of the Institute of Computing Technology CAS. His research interests include networked systems and distributed computing systems. He has published over 100 publications in conferences and journals in these areas and holds over 40 patents. He has received several awards for his researches and postgraduate supervising works. Now he leads the China Science & Technology Network (CSTNet) evolution by connecting scientific data centers, computing infrastructures, scientific facilities and institutes, to support the data-driven innovation and global cooperation.